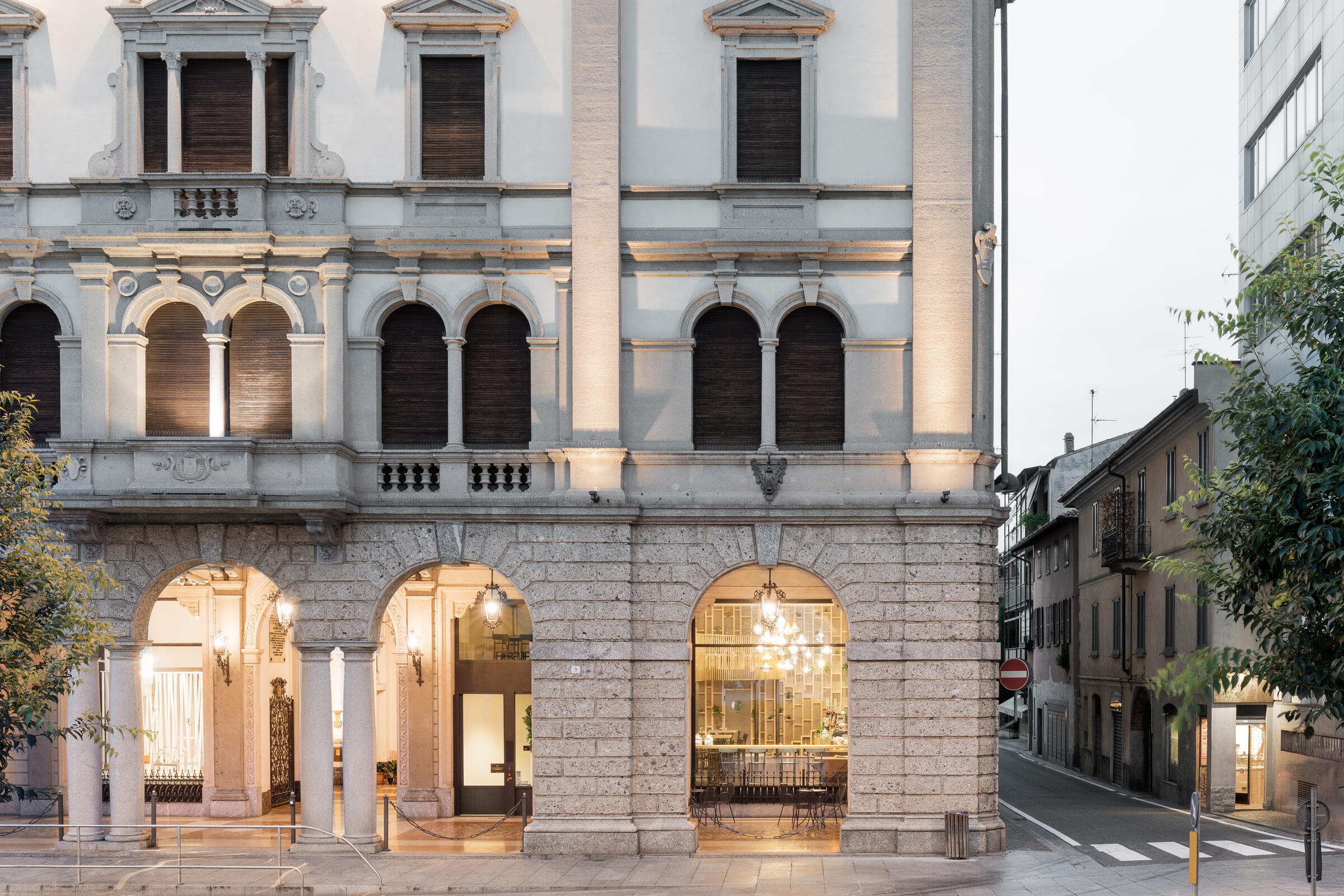 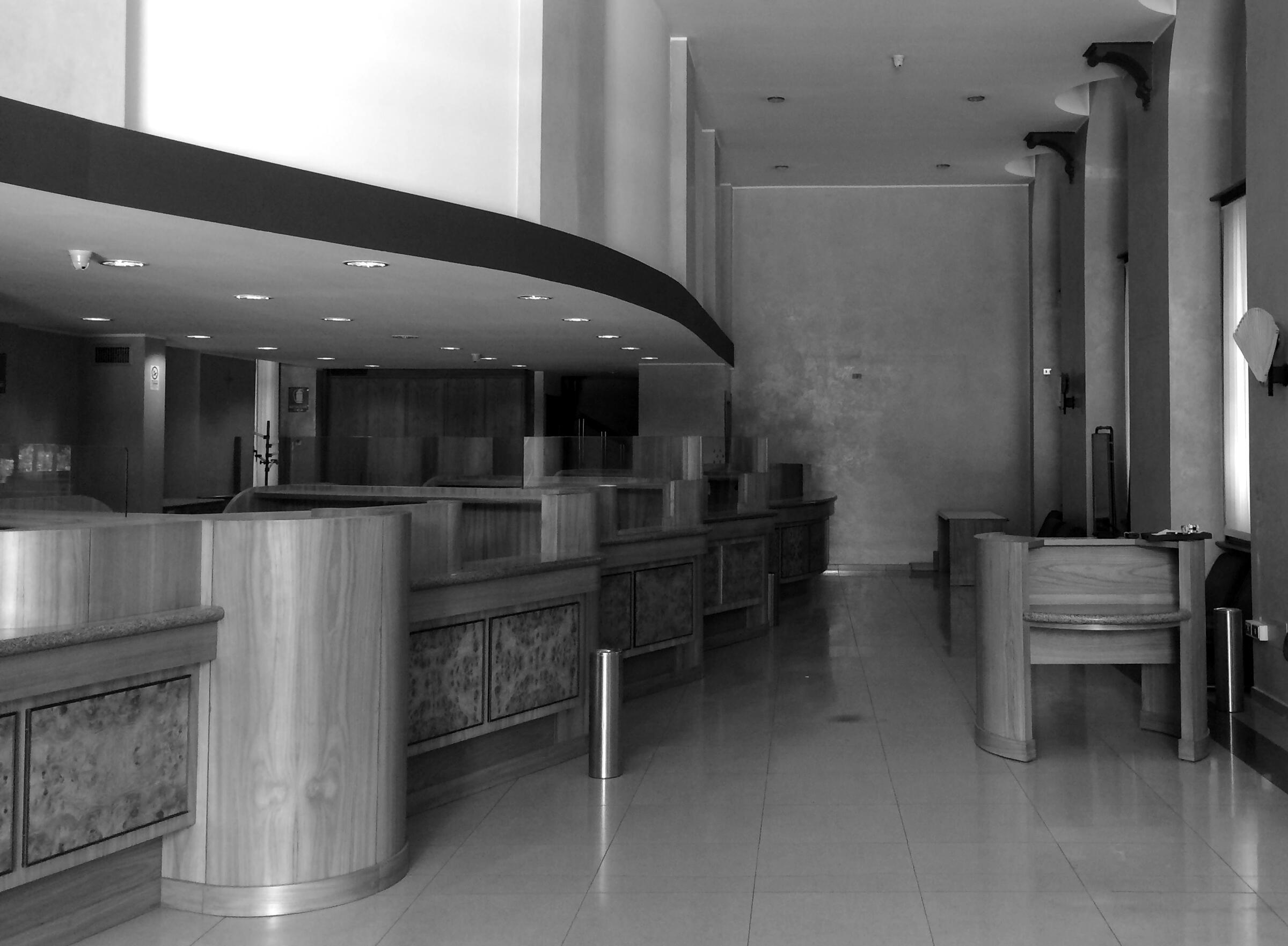 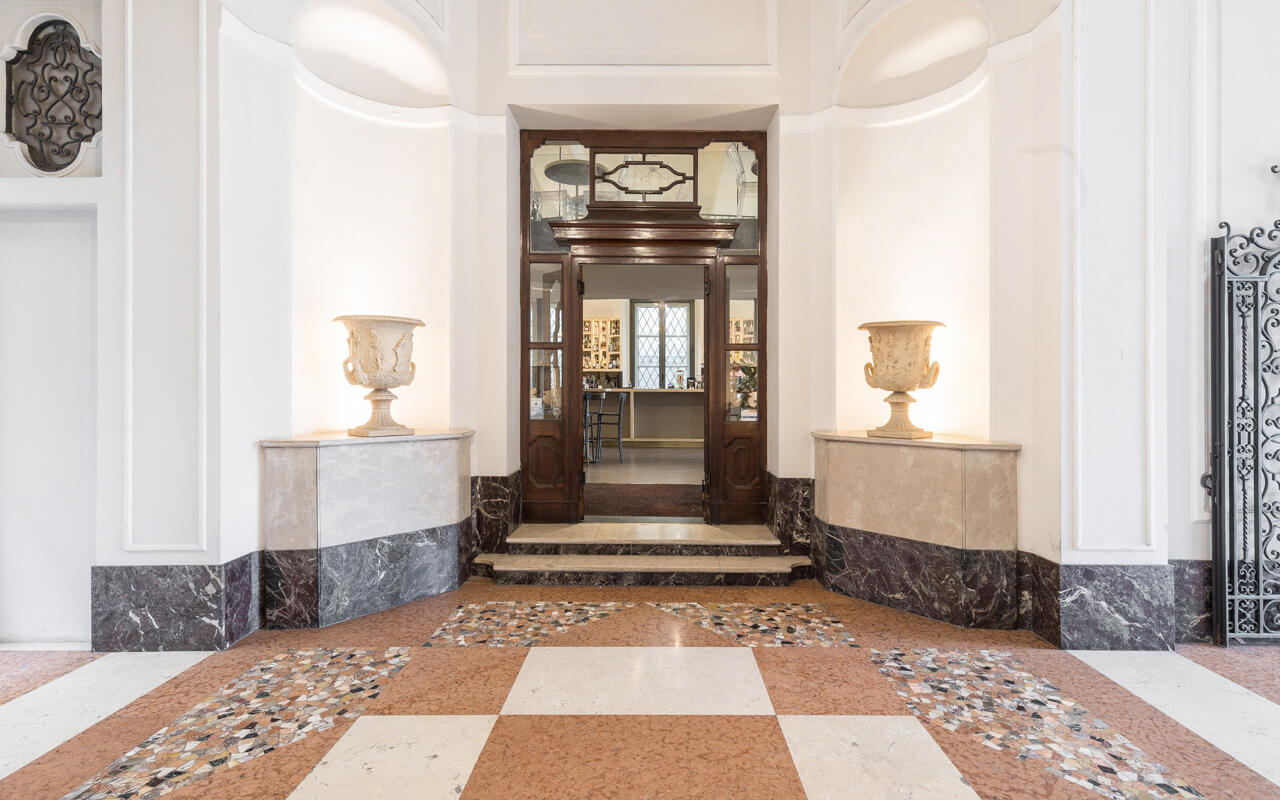 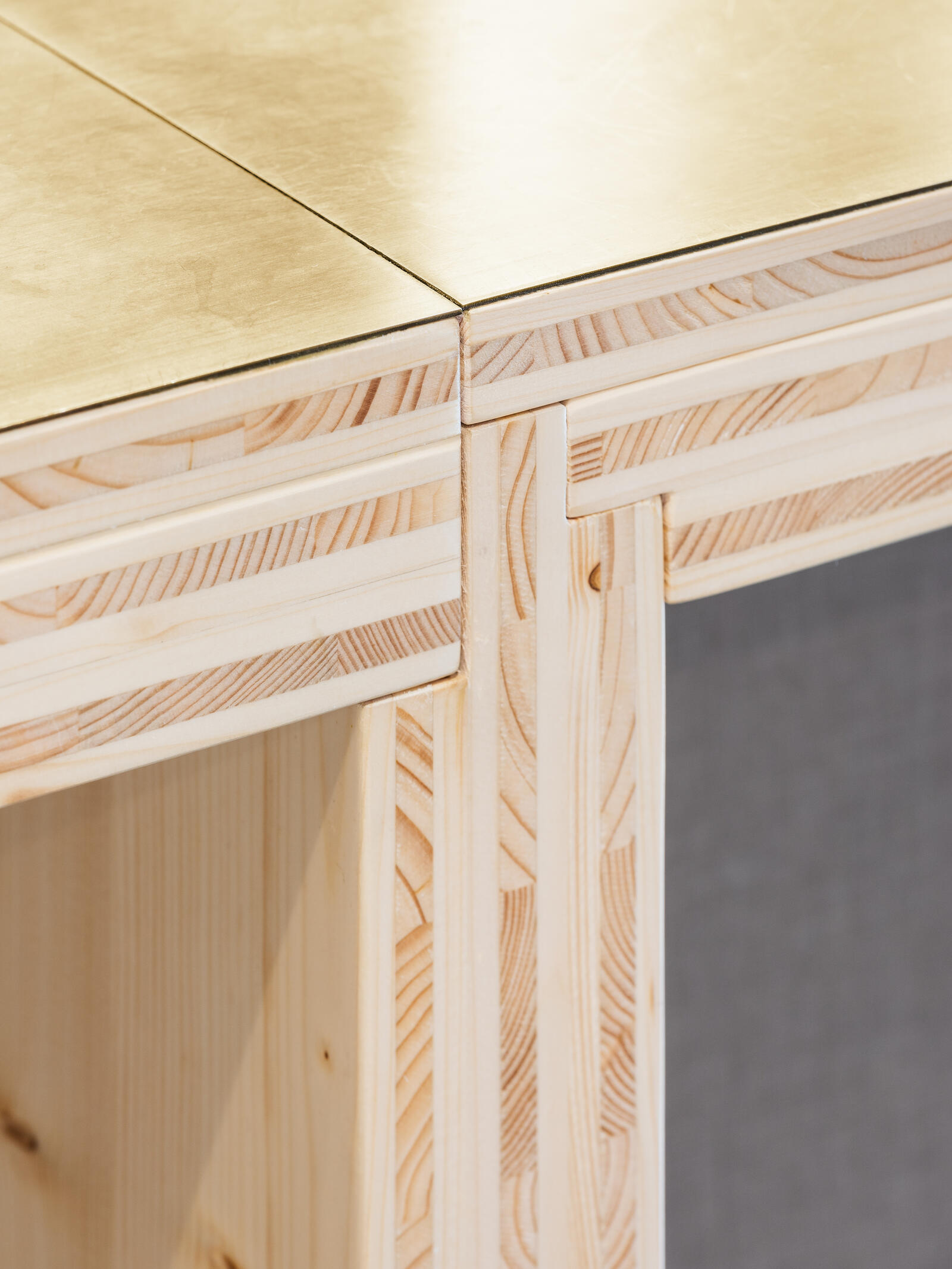 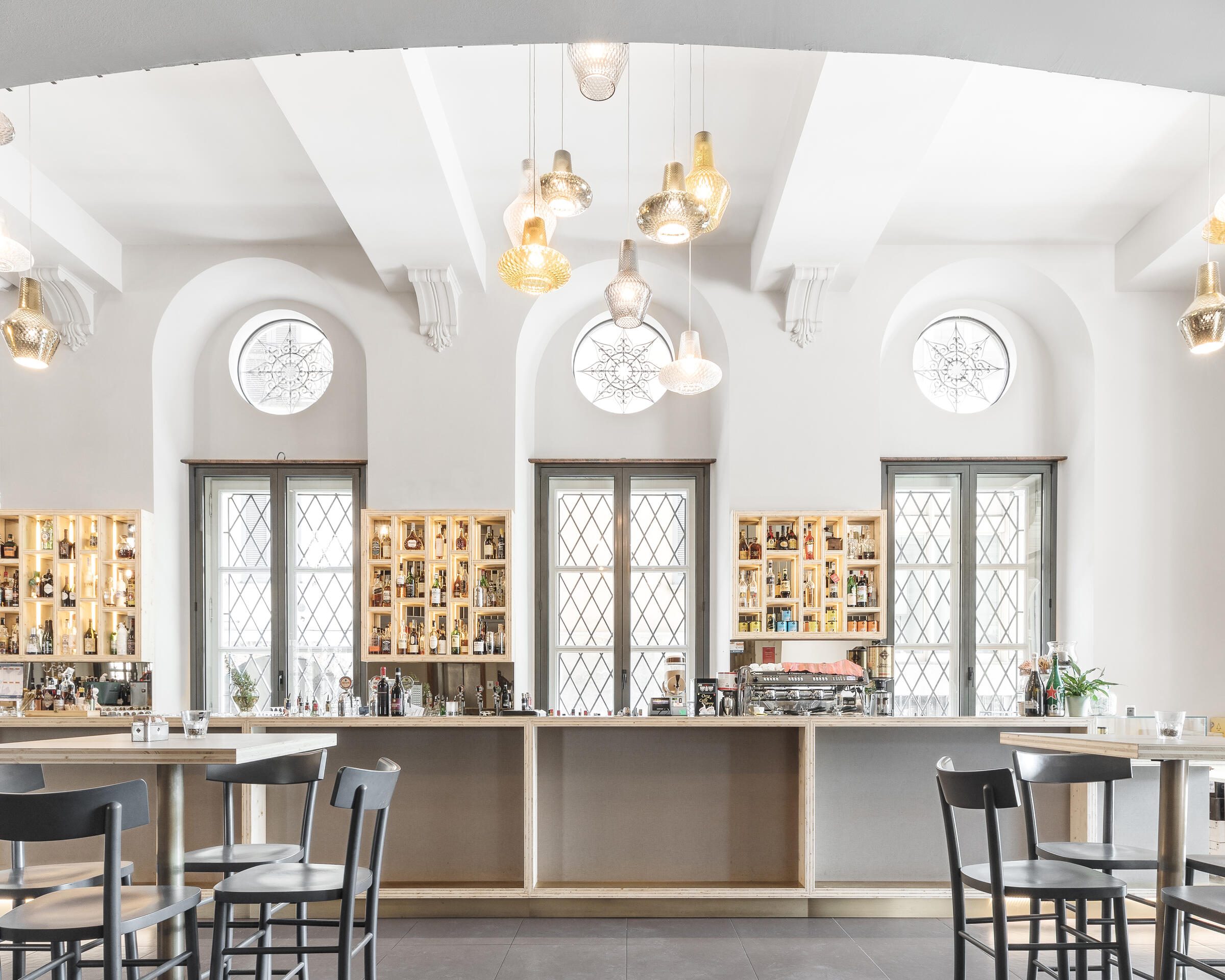 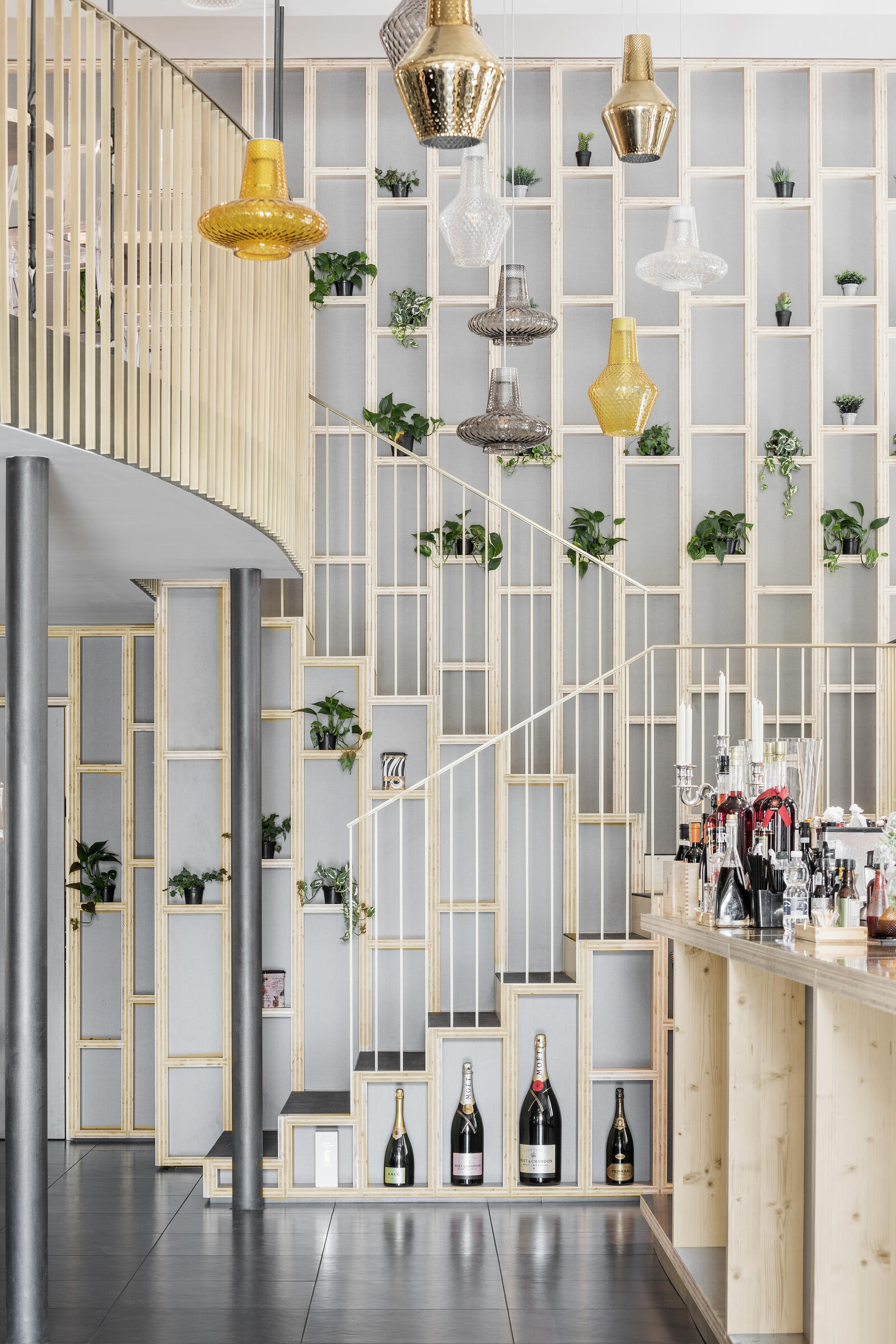 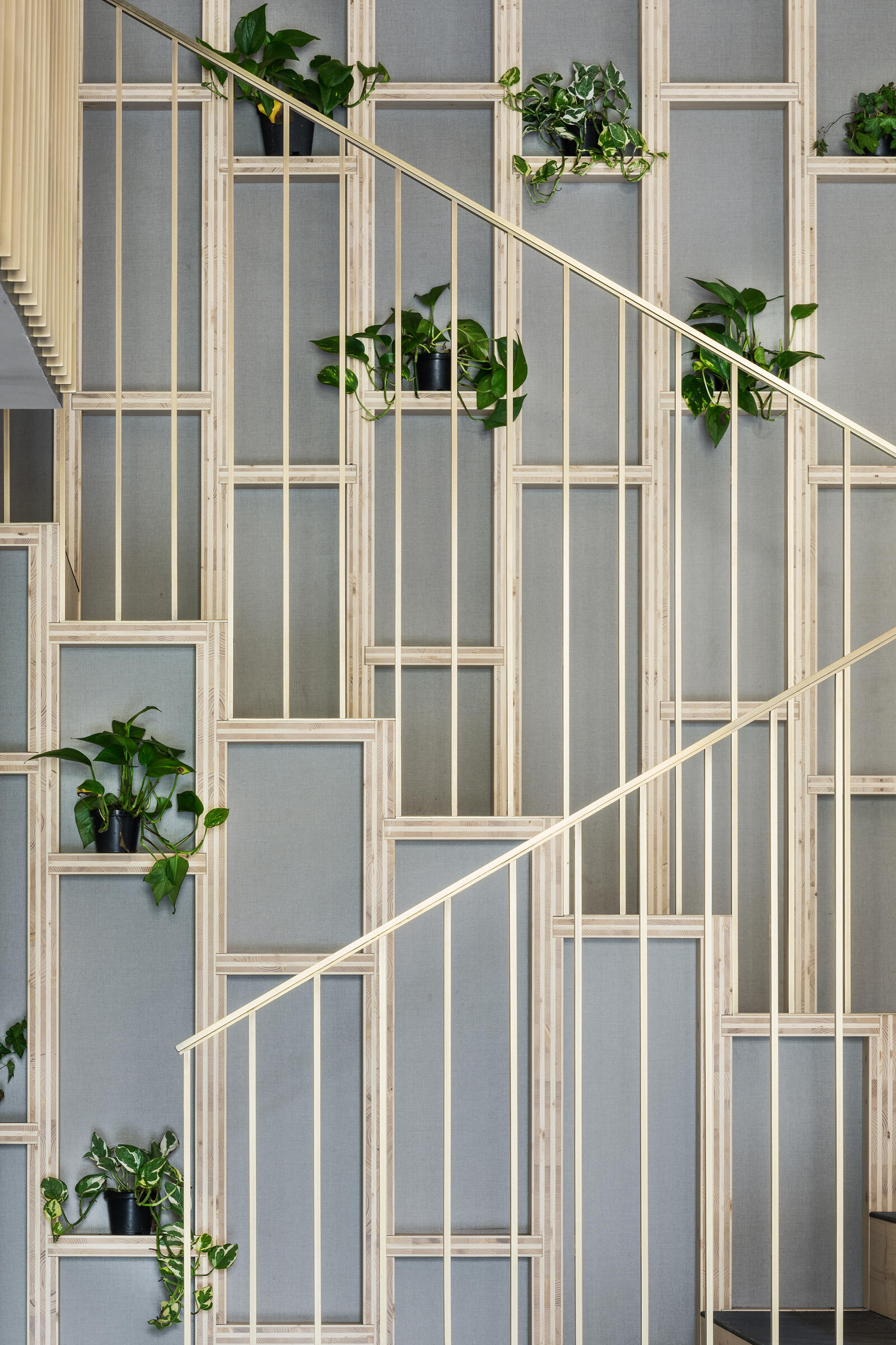 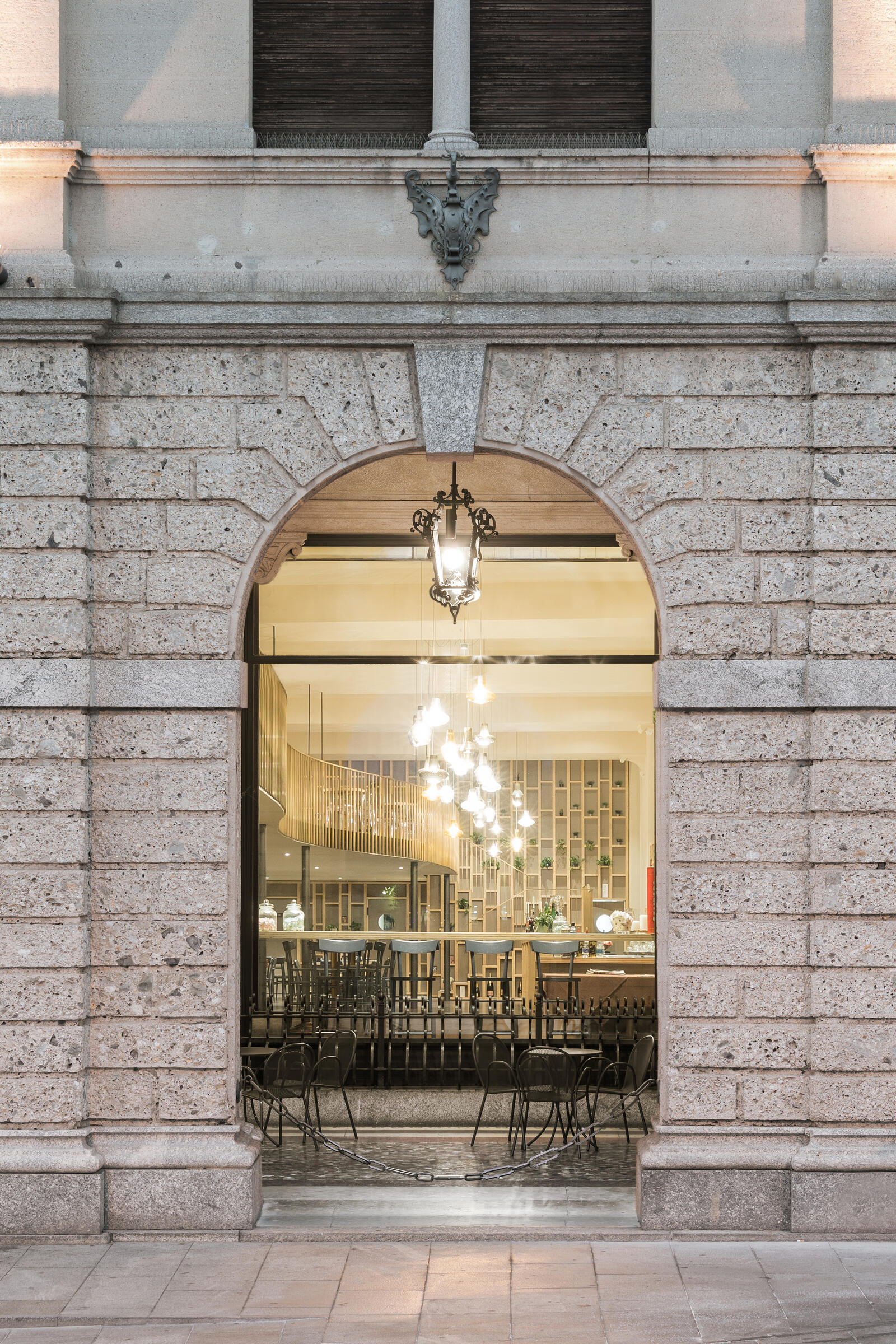 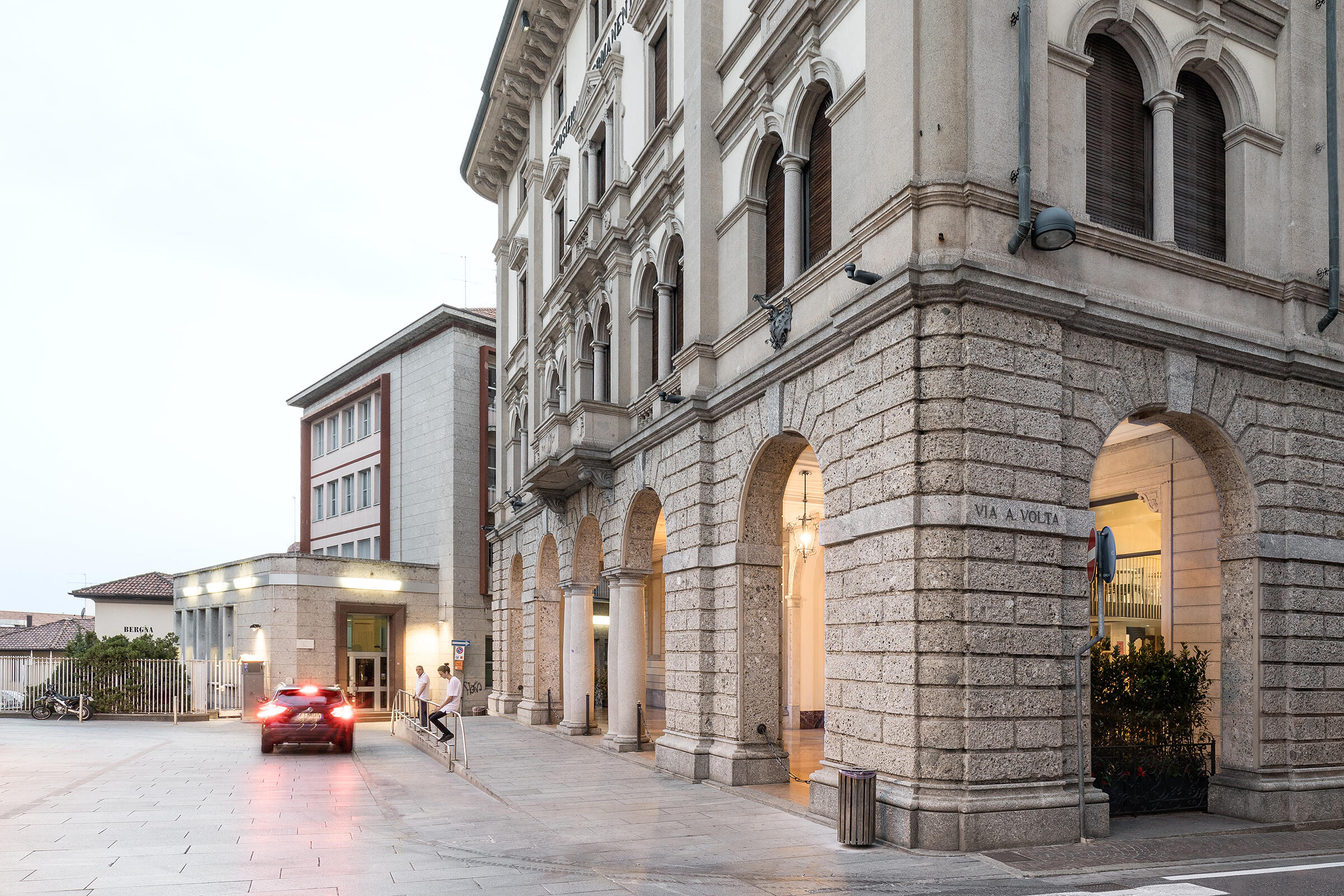 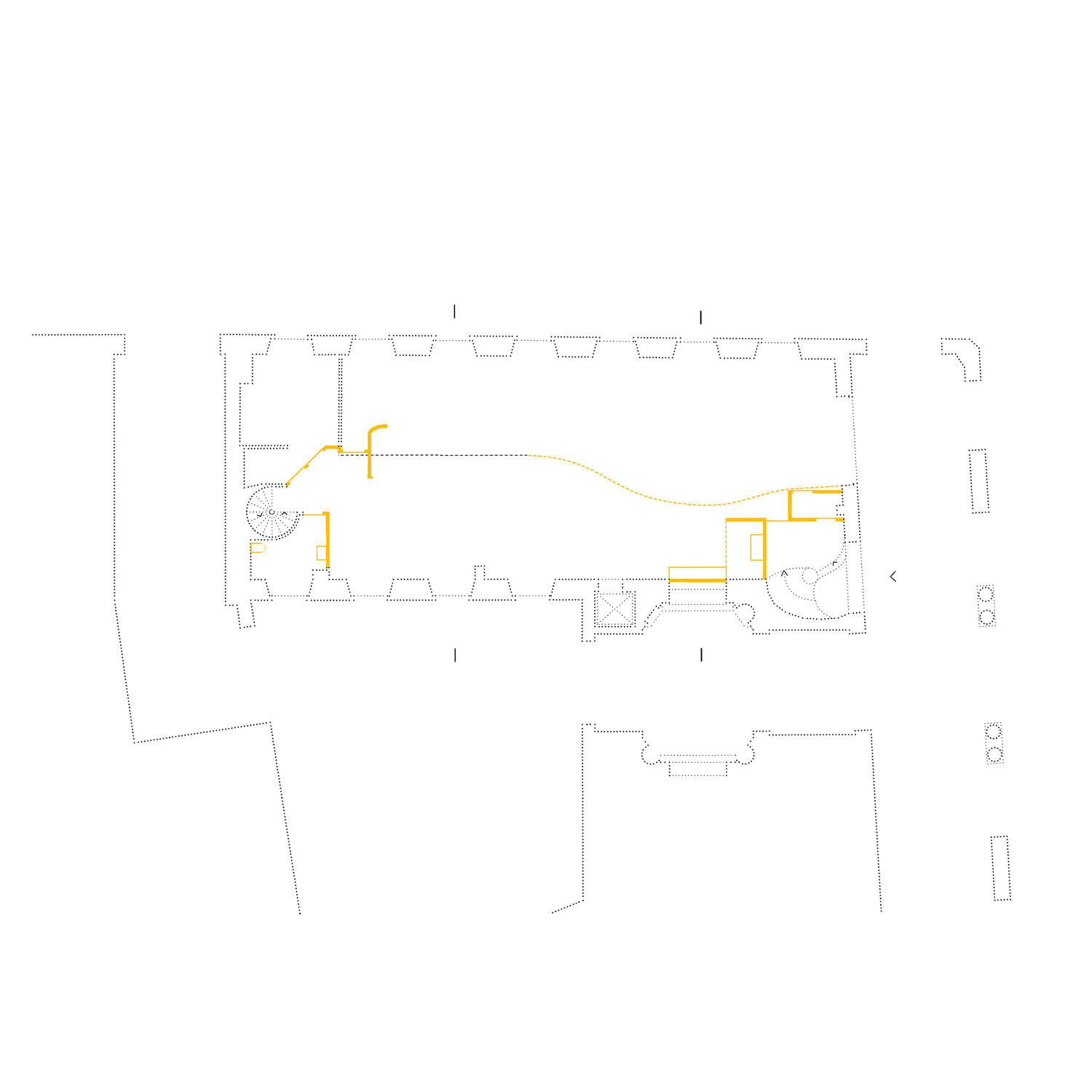 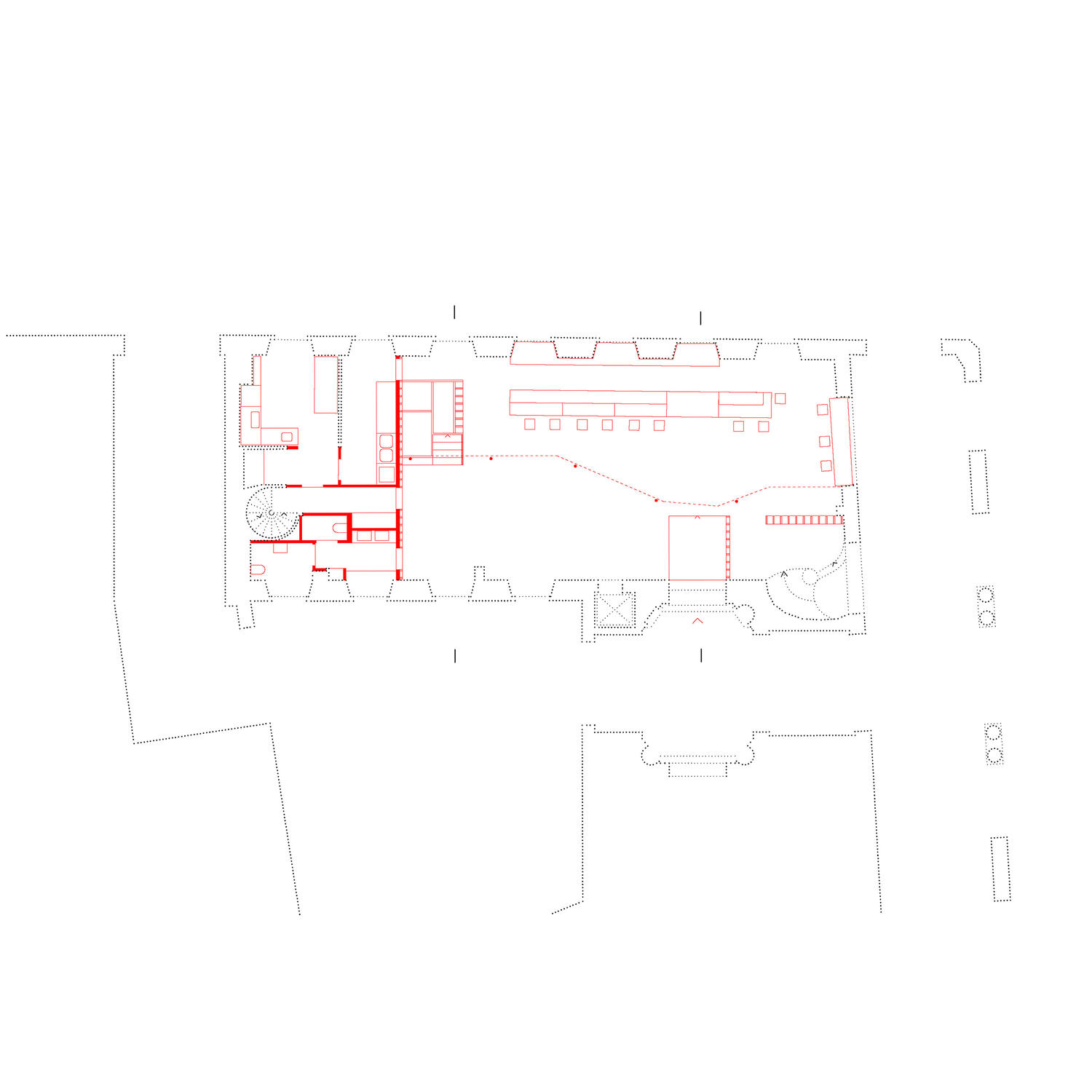 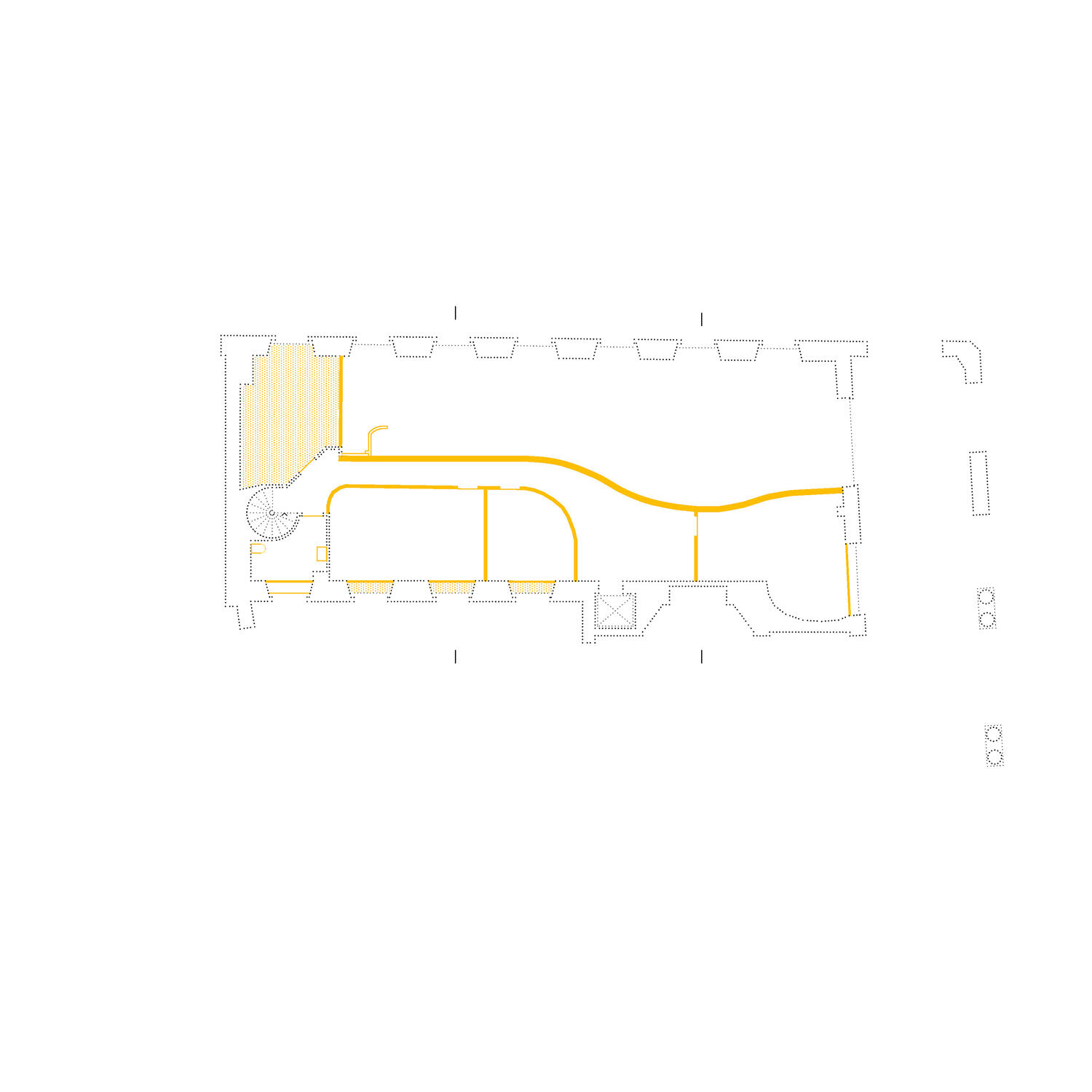 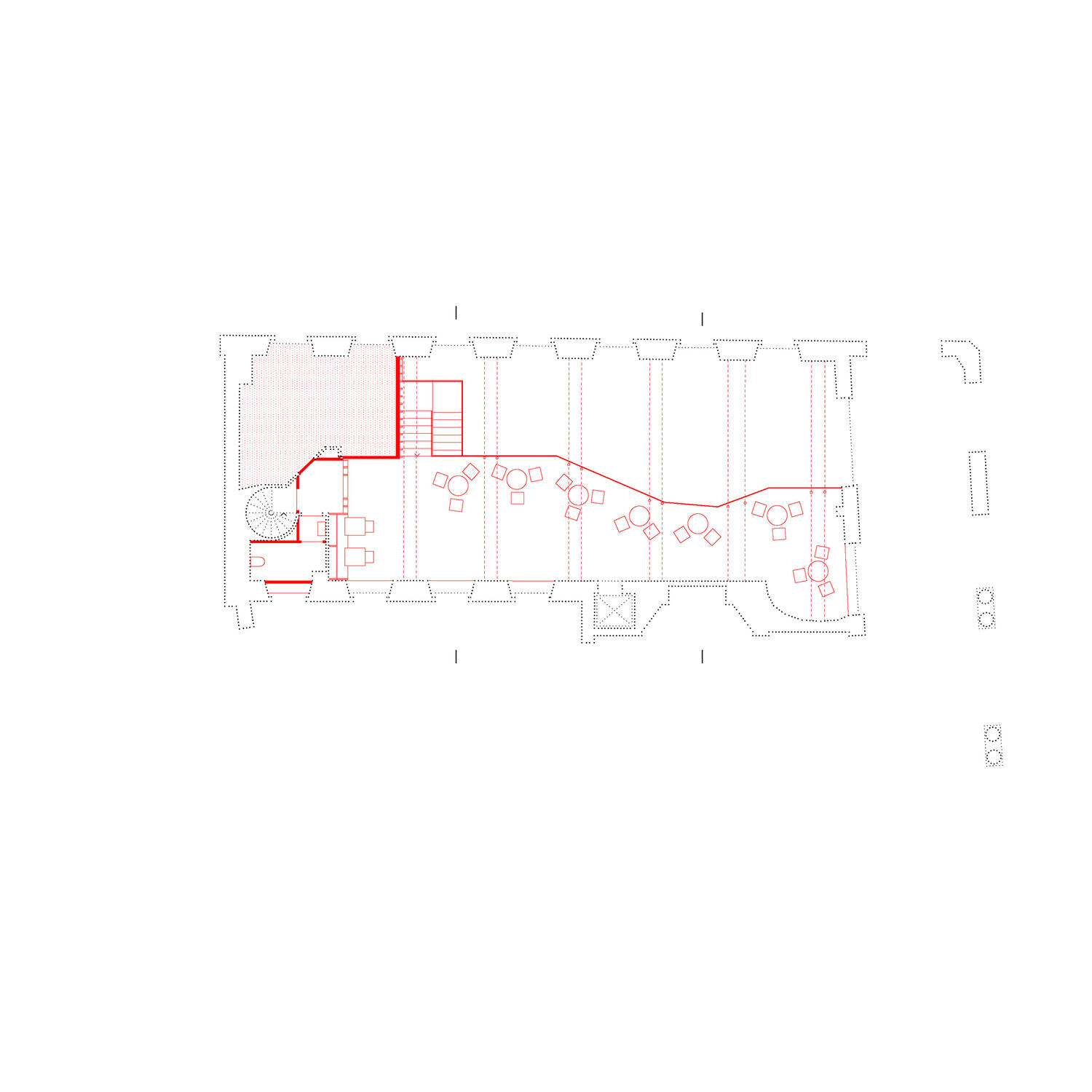 La Permanente mobili is the first of a series of exposition’s buildings born in the center of brianza starting from 1893. This is the context in which the selective exhibition of furniture is born, an initiative that had an international resonance and involved the masters of architecture and design, anticipating the salone del mobile in milan. Since the end of the 1970s, the building has lost its commercial connotation to remain a symbol of local craftsmanship. The project starts with the reinterpretation of the traditional joint “coda di rondine” (conceived as the logo of La Permanente by bruno munari in 1957) proposing the use of three-layer wood panels, as structural elements -staircase and equipped wall- and as assembled and combined elements for furnishing and counter, where the joint system becomes also a decorative motif.